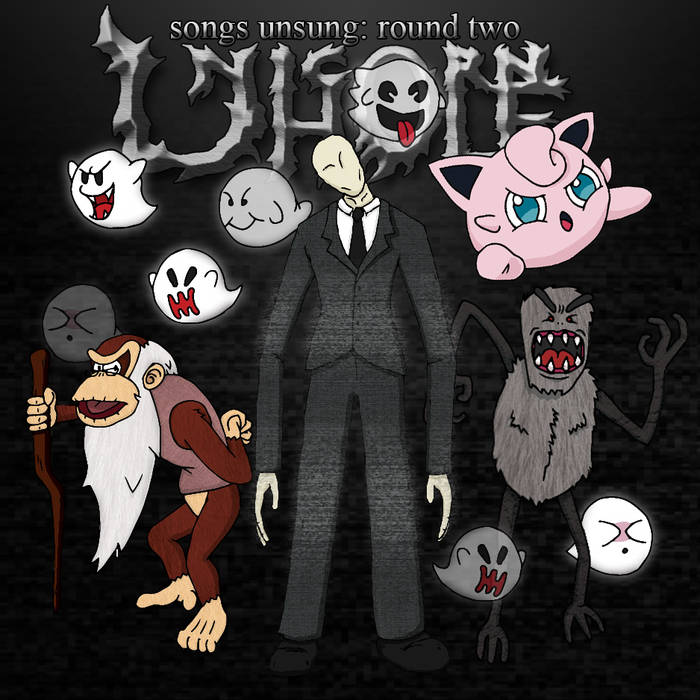 Round 2 of my Songs Unsung idea, like the first, lets us peek into the minds of video games characters that we don't normally hear from. Jigglypuff asserts that her placement in the Smash series is well deserved, and then the yeti from Skifree brings our childhood nightmares back. Cranky Kong has a little message for the youngins who think he's a has-been. The Boos and Eeries from Super Mario World's sunken ghost ship (revealed in the manual to be a downed airship from Super Mario Brothers 3) invite all to enjoy a stay in their /let's-go-with-quaint/ home. Finally, our generation's Boogeyman reveals some cryptic hints about his origins. Songs Unsung Round 2 is an emotional roller coaster with an array of diverse influences, but altogether a solid Nintendocore release.

Nab the first album in this series here:
unicornhole.bandcamp.com/album/songs-unsung-2

And the instrumental version here:
tinyurl.com/2t6zeuhr

Help Unicorn Hole play a show on the moon:
www.patreon.com/unicornhole

As usual, Chris Kurschies of Poopmaster and Tyler Hendricks have to be thanked for their constant help with mixing and production. Unicorn Hole wouldn't sound half as good as it does without these fellas. Also, big shout-out to Joey Finley for music theory advice on all sorts of random things during my writing process! Other than that, all music and lyrics were written, programmed, and recorded by me- John Nelson. Thanks so much for giving my stuff a chance! Message Uhole on Facebook and let me know what you think!