from Songs Unsung by Unicorn Hole 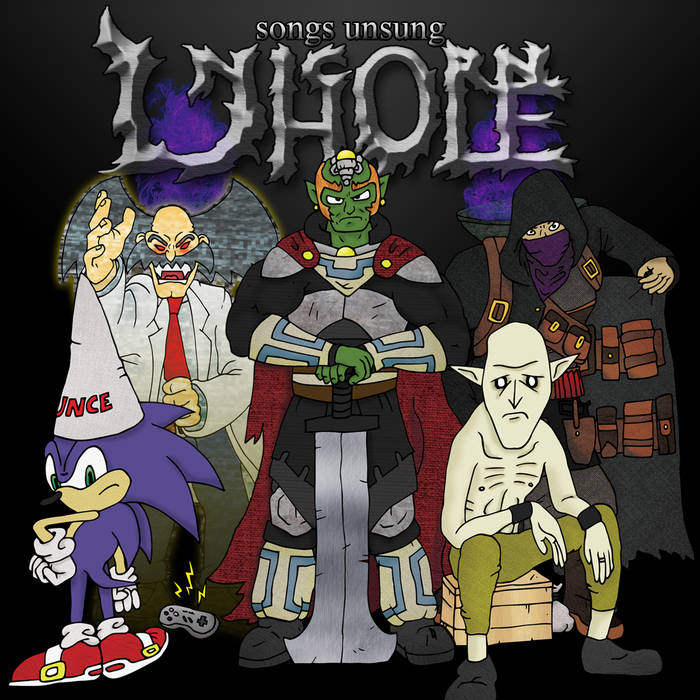 Changing in spades and laid to waste- everything I'd known
One of the few left with volition of my own
My connections would supply their weapons
My infection would keep me unthreatened
They'd sense my plaga and I'd be spared of attack
That is, of course, unless I tried to fight back
Or tried to arm anyone with different blood
This contract they made sure I understood

He received our curse before long,
But had a means to suppress it
I intended to help him along,
And now I could safely confess it
I supplied him with the tools to travel through the danger
To avoid suspicion I charged and always called him stranger
I made his weapons unique- far better than the rest
Supplied a range for him, and he never failed to impress
Our alliance of stock and skill was the solution
To how Leon and I would find our retribution

Having bid Sadler his final adieu
I thought that we would leave- I thought I'd start anew
Leon escaped, and left the monsters to their doom
But I guess that I thought wrong, because he left me too
I watched him ride away into the sunrise
I would have called it lies, if I'd not seen with my own eyes
He never looked back- did I even cross his mind?
Was saving my life not worth the extra time?
He didn't look back..