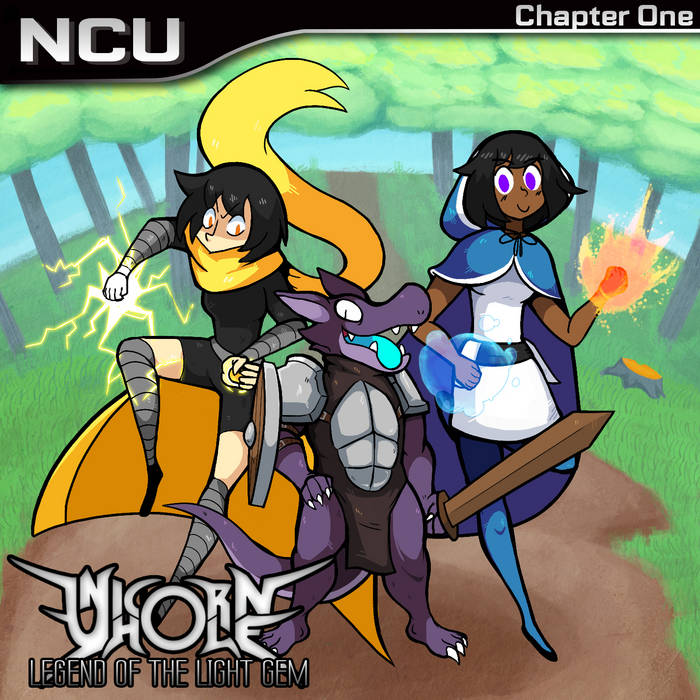 Due to his local renown, the gang easily tracks Ulric down
“I am a blacksmith for the king’s royal army
A shaper of steel, just as Larv used to be

“But my skills far surpassed his, he became redundant here
Now he tries to tarnish my trade, so it appears
But I am far too revered!”

“He should keep our great Elluryah safe with his profound skill
Instead he sells to scoundrels to keeps his pockets filled
I have produced a light gem- unreal but it’s true
To prove my rectitude I’ll show the stone to you!”

Grub and the girls aren’t sure what they should believe
It seems that to some end they are being deceived
Kat says both seem so honest, Astrid says they both tell lies
The townsfolk are on edge but cannot spot the guise

The gang will take Larv up on his offer to inspect the gem
They decide it wise to bring Ulric along with them
The foes meet face to face
Their claims they’ll have to stand up for
But before progress is made, a gang of bandits kicks in the door